With a suddenness that made me jump just a little, a door opened quietly – of course – and I was summoned and ushered into a great man’s office. I could tell that he was a great man because, far, far away across another deep-pile carpet he had a picture of himself on the wall, next to a slightly larger portrait of the monarch. The office itself – knee-high carpet notwithstanding – was oddly stark; apart from the photo portraits behind him, an obligatory yucca stood in each corner and one or two rather bleak pictures of classic RAF aircraft adorned pale blue walls. That was it. The desk behind which Mr Pyle sat was even more surprisingly bare. No thick case files scattered in disarray across the surface, no folders tied with silken ribbons, no walls plastered with mug shots…not even a prim assistant waiting on the Assistant Chief Constable’s every whiskey-infused whim. Had this man never watched television to see what his office should have looked like?

I had a lot to learn about the corridors of power and their distance from the real world occupied by everyday police officers. Mr Pyle sat importantly – I guessed that he had probably had lots of practice at sitting importantly – behind his large desk which was roughly the size of an aircraft carrier’s flight deck. This acreage supported – in splendid isolation from one another – a telephone, a Spitfire-shaped paperweight and a thin manila file. The latter, since it sat immediately in front of him, I presumed related to yours truly. The police, I realized with a little spasm of dread, now had a file about me…

The interview itself was terrifyingly banal and uneventful, almost to the point of bewilderment. This moment, after all, was the culmination of a very long emotional journey that had begun a decade earlier with the playful ‘arrests’ of my friends at school. Those games of cops ‘n robbers had a lot to answer for. I was expecting a mild interrogation at least, maybe some supplementary questions about their favourite subject of homosexuality. During the long silences that developed while Mr Pyle scanned my file for something to ask me about, I had begun to surreptitiously check the floor beneath the chair for trap doors when it finally dawned on me that this was, in fact, a mere formality and little more than a ‘rubber stamp’.

I was still answering questions automatically: “Yes, sir…yes sir…my father, yes sir…six feet one sir…my favourite aircraft? The Spitfire, of course, sir…” when all of a sudden, the great man fell silent and sat smiling at me. He stood, the faint yet unmistakable hiss of a re-inflating haemorrhoid cushion reaching me as he did so. Generously, he leaned a full quarter of the way across the flight deck that passed for his desk with his hand outstretched and I had to get one knee up onto the gunwale just to reach him. Wearing a faintly bemused smile, he shook my hand limply and then somewhat awkwardly offered a formal welcome to the force. I had the distinct impression that he found this sort of thing as difficult as I did, in part because after not mentioning my name throughout our conversation, he finished off with “Glad to have you aboard, Brian”.

My head swam a little as I feebly shook his pale and damp hand. It was not unlike shaking a wet piece of haddock. I slid backwards over the front of the enormous desk to the floor, then muttered my embarrassed and surprised thanks. Dreamily wading through the floor coverings and out of the very important man’s office, I struggled to take in what had just happened. Thinking quickly, I made my exit before he came to his senses and changed his mind. Outside the door, I was slightly disappointed not to hear a heavenly choir in full flow, or even a shaft of sunlight peeking through the clouds – and somehow also through several floors of concrete – onto my upturned cherubic countenance.

With my/my parents’ hopes, my/my father’s dreams edging closer to fulfilment, outside was suddenly the best – the only – place to be, and within a short time, I found myself standing on a wide, windswept plaza leading up to the building and wondering what was the best way to take the news home. That doesn’t make a lot of sense these days but remember that this was in a distant, almost mythical past; an era before mobile phones. I walked into the city in an effort to locate a payphone. There had been one visible in the foyer of the police station, however I didn’t much fancy using that one. I assumed – correctly, as it would much later turn out – that the instrument was likely to have been soiled by the sputum of any number of life’s less hygienic participants. For anyone unfamiliar with the charming British tradition of bright red telephone boxes, I should at this point reveal a national secret. While the phone in the police station foyer may indeed have been a seething mass of bacteria and viruses, a telephone box offered only a slightly lesser chance of not contracting a nasty disease. The choice was not straightforward, but I decided to take my chances in a bright red iron and glass cubicle smelling strongly of pee (the telephone box; not me).

I walked along the street in a haze of disbelief. I’d never really expected it to happen. It had always been something which might, just possibly, happen at some undetermined point in the future, and now reality had arrived with a bang. As if by magic I suddenly had a career of thirty years stretching out before me. A career in uniform, in a disciplined profession. I’d never before faced up to the possibility of making it even this far – and now that the facts were more or less pressed up against my nose, I was a little frightened about what it all meant. Standing on the edge of an emotional precipice while shaking that very important man’s limp and clammy hand, I had stuck one foot out over the void. What, I wondered, did the universe have planned for me?

An Unpainted Portrait, A Kraken Awakes 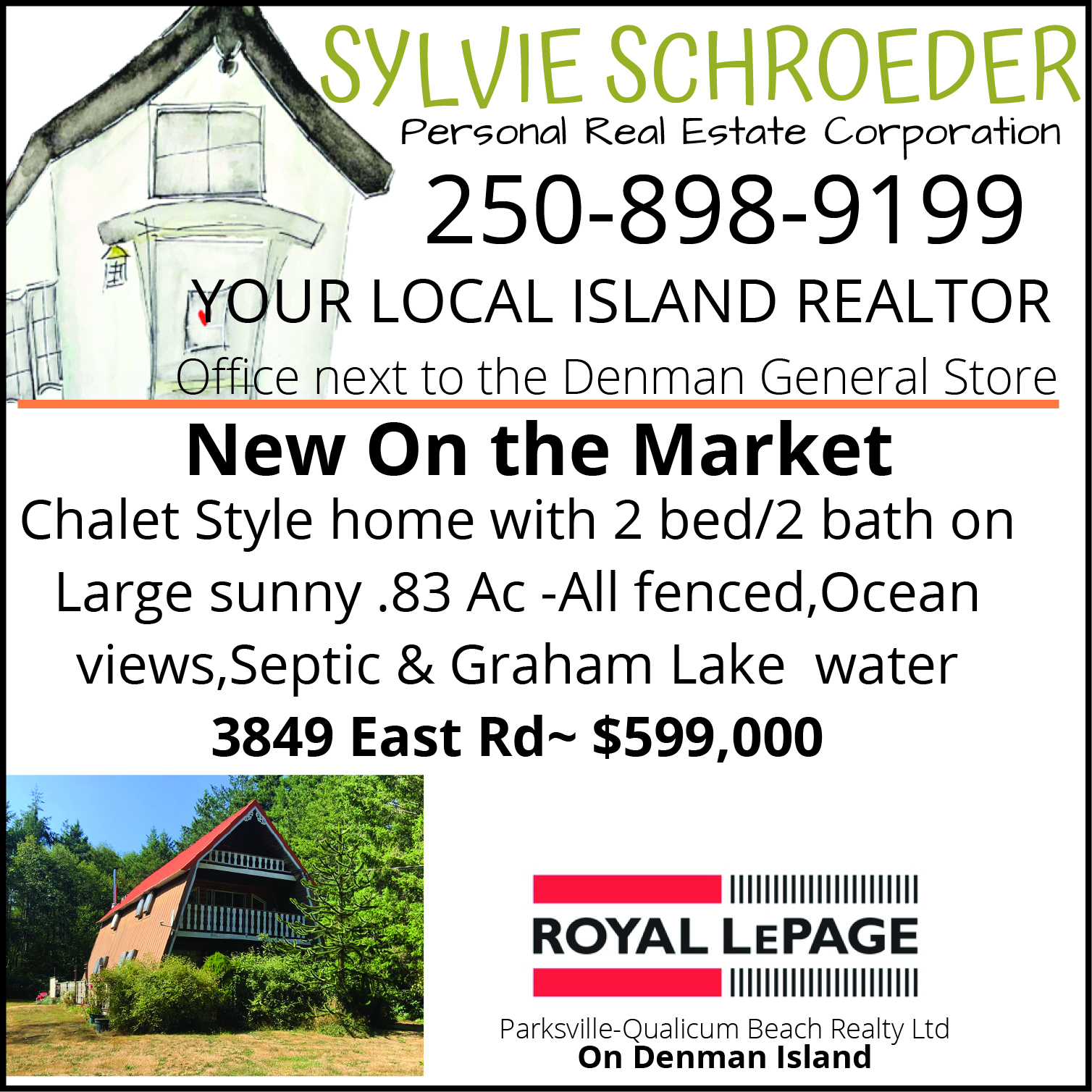 We are Denman and Hornby Island's weekly newspaper. Delivered free to over 1200 homes and businesses each Thursday, 50 times a year.